Full Name
Resh Sidhu
Job Title
Global Director, Arcadia Creative Studio
Company
Snapchat
Speaker Bio
Resh Sidhu is a multi-award-winning Global Director of Arcadia Creative Studio at Snapchat, based in New York. For over two decades Ms. Sidhu has dedicated herself to not only perfecting her own craft but cultivating an inspiring, inclusive, and forward-looking atmosphere wherever she works. She leads the world class augmented reality business and manages a global team of AR pioneers.

Ms. Sidhu is a motivational and inspirational figure for a new generation of creatives. From appearances at TEDx and the 3% conference to articles in Ad Age, The Drum, and Fast Co, she inspires audiences and readers on the advantages of embracing both diverse talent and emerging technology. She was awarded an honorary doctorate from the University of Arts London in recognition of her outstanding contribution to the field of digital, film, animation, and advertising. Most recently, she was named as Campaign’s 40/40 industry leader and one of Adweek’s Creative 100, which honors the most inspiring talents of 2021, a fitting accolade for a tireless individual who has been the vanguard of augmented and virtual reality, social-first creativity, and now human-first organizations. 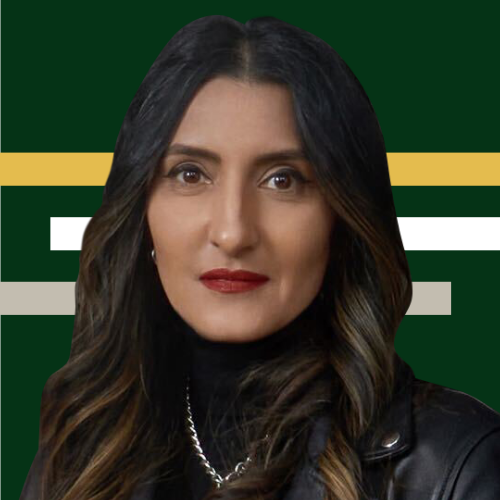